by MC Nightshade and the Theatre Bizarre Orchestra 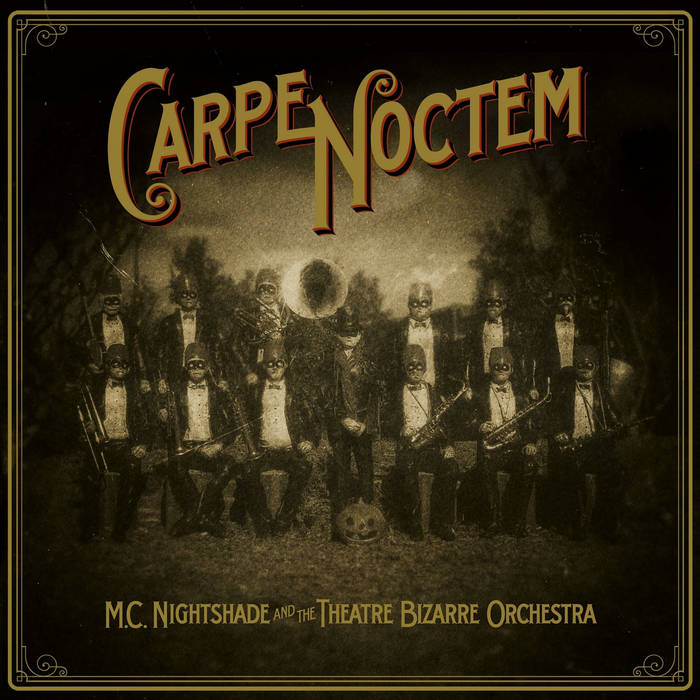 M. C. Nightshade (AKA David J of Bauhaus / Love and Rockets etc. ) fronts the amazing twelve piece psyche-swing jazz band that is The Theatre Bizarre Orchestra. The album, ‘Carpe Noctem’ (‘Seize the Night’) is a haunting evocation of the spirit of Detroit’s spectacular annual Theatre Bizarre event which takes place at the vast and mysterious Masonic Temple in that dirty old town and of the shadow side of carnival, vaudeville and circus.
The genesis for this project occurred when David J. was in attendance at the 2014 Theatre Bizarre Gala event and performed a spontaneous rendition of his band, Bauhaus' classic, 'Bela Lugosi's Dead' with the award winning nine piece jazz ensemble, Planet D Nonet (Which has now mutated into the Theatre Bizarre Orchestra) In this unique take on the song, Bela Lugosi meets up with Cab Calloway's Minnie the Moocher for a delirious sojourn down in Chinatown where they inevitably end up 'kicking the gong around'.
vimeo.com/110326540
Recording at Detroit’s celebrated Tempermill Studio with seasoned engineer, David Feeny (The White Stripes/Jack White / Loretta Lynn etc.) and working closely with the talented arranger, band leader, saxophonist, clarinetist, Joshua James, David J and company have, on ‘Carpe Noctem’, managed to capture the off kilter essence of Bacchanalian abandon, twisted circus and dark carnival associated with Theatre Bizarre.
theatrebizarre.com
“There’s a cackle in the rustle of the autumn leaves, something wicked this way weaves!”
- ‘When Zombo Comes To Town’

Sampa The Great joins the show to discuss her release, "As Above, So Below".