Missive To An Angel From The Halls Of Infamy And Allure 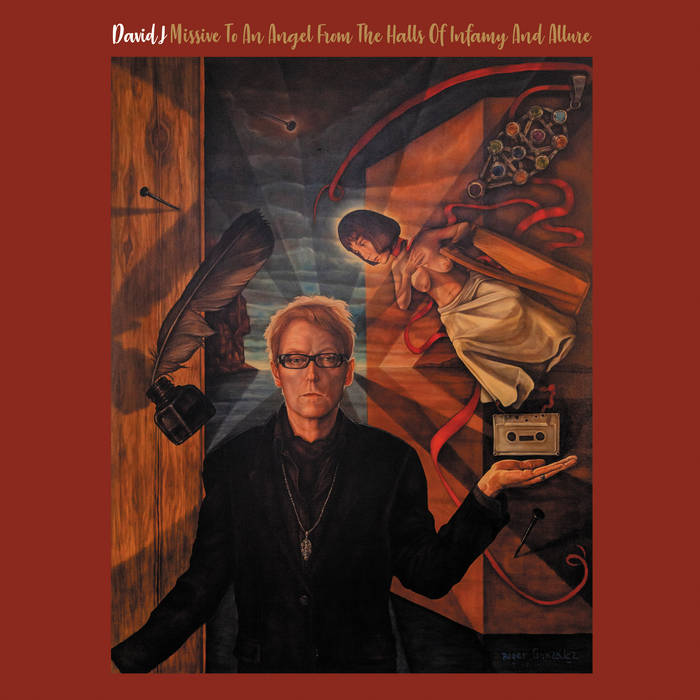 ‘Missive To An Angel From The Halls Of Infamy And Allure’, the forthcoming double solo album by David J is an intensely personal, self deprecating, confessional song cycle which details a period of profound transition. It is intended as a cyclic swan-song, the last track, ‘I Hear Only Silence Now’ being a new version of the song which was the first on J’s 1983 solo debut, ‘Etiquette Of Violence’. The new album was recorded in Prague, Berlin and Los Angeles as well as Wellingborough, England when J revisited Beck Studios where his former highly influential band, Bauhaus cut their seminal classic, ‘Bela Lugosi’s Dead’ back in 1979.

J sees the album as the culmination of 36 years of solo /collaborative work. It is also a ‘coming home’ of sorts as the label behind the release is the London based Glass Modern which is in fact the newly reactivated Glass Records which originally released some of J’s earliest critically acclaimed works. The album will be available on vinyl and CD as well as a download.
credits
released October 18, 2019